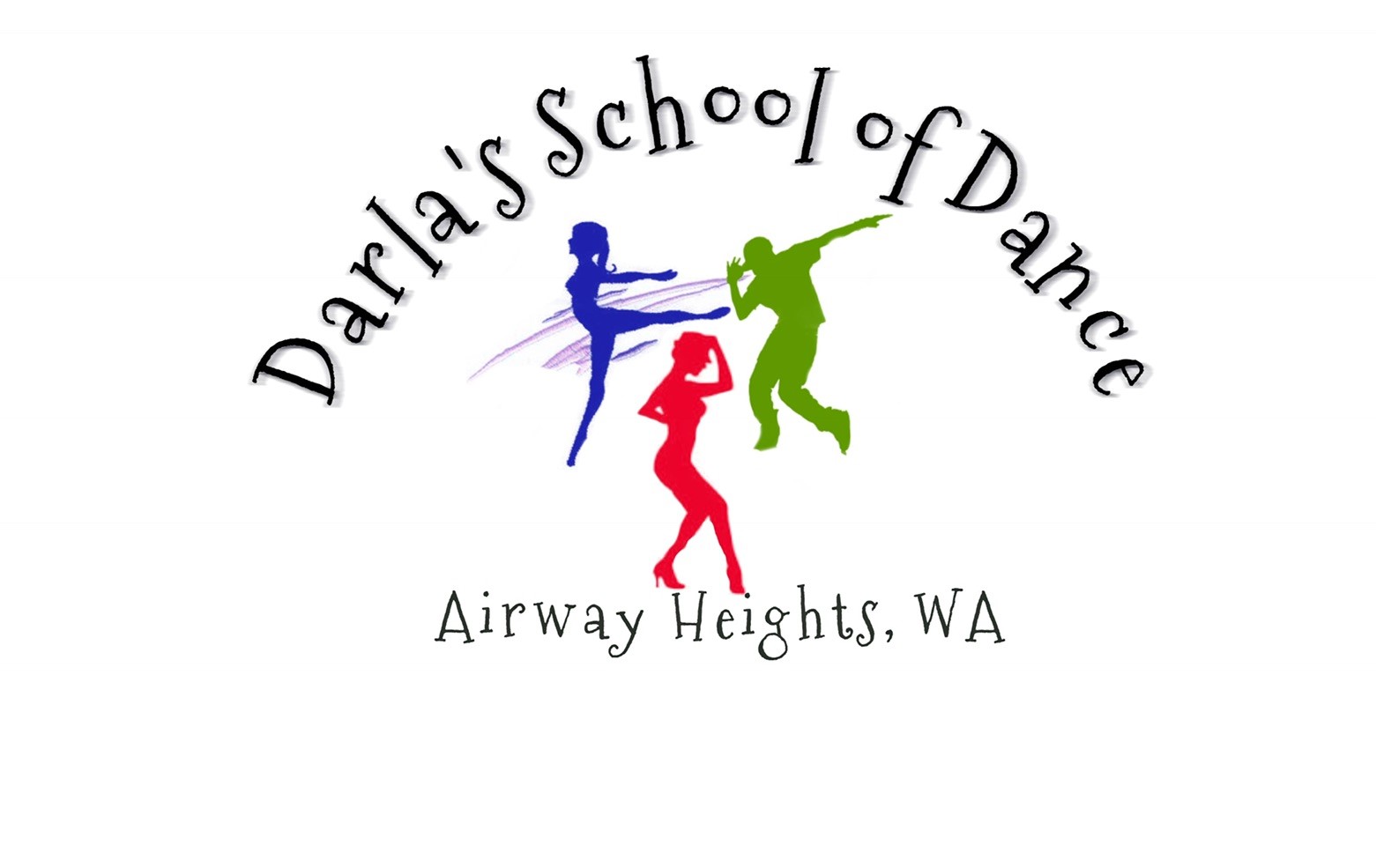 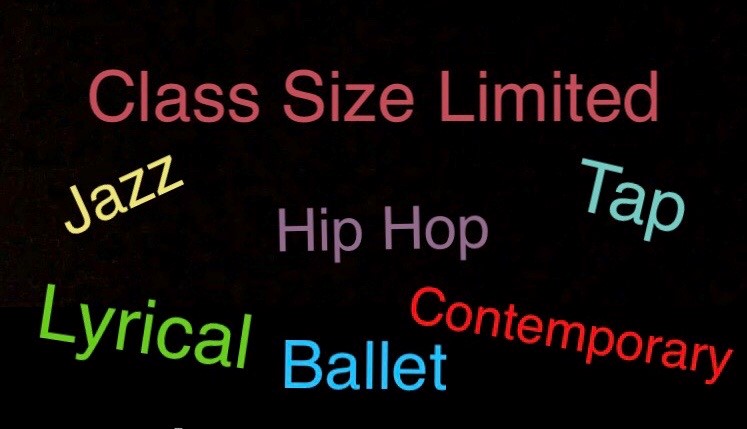 Offering Tap, Jazz, Ballet, Hip Hop, Lyrical  Contemporary/Modern Dance Genres, starting at age 3.  Including a Competition Team that usually goes to 2 local competitions a year. We share our passion for our little ones to teen to adult in all genres of dance. We teach group and private lessons. Our group lessons have low student to teacher ratio for a quality learning and teaching environment ! Our Competition Team excels in all genres. Our teachers bring years of experience working with toddlers to adults. We order our costumes from a Professional Costume Company and anxiously look forward to our Dance Recital at the end of the  year 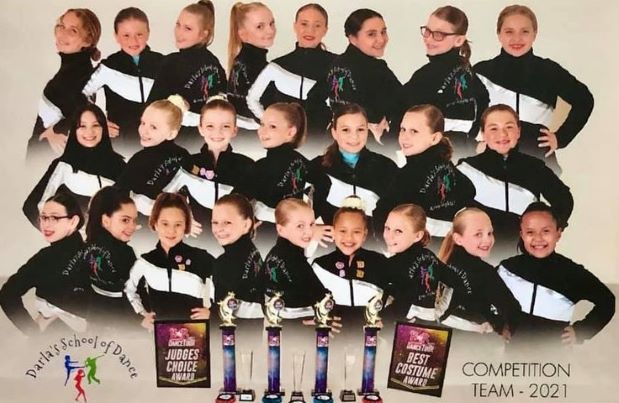 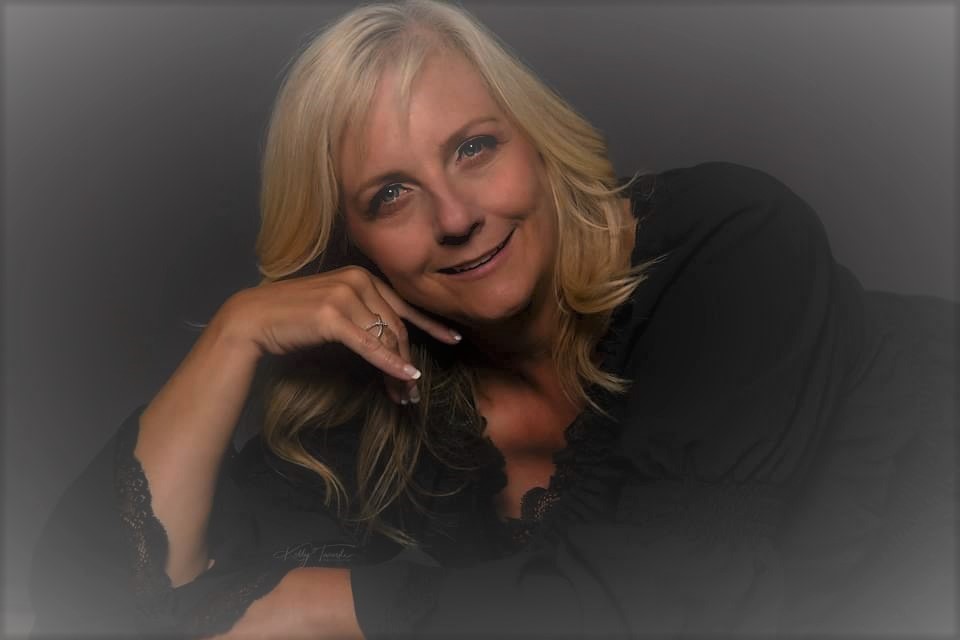 Darla, with the support of her husband Dana, opened Darla’s school of Dance in September 2016- Darla’s passion for dance and the love of being active, impelled her to share her talents with the community. Darla started dancing at the age of 5 . Darla is trained in the fields of Tap, Jazz, and Ballet. Growing up and living in the Pacific Northwest she was involved in Dance Competitions , live theater and fondly remembers being on the  Spokane KHQ television Talent Show ” Starlit Stairway” in the early 1970’s.

Darla is passionate about working with youth and building their skills in the different dance genres.  Her encouraging, friendly, and supportive environment is what keeps her dance students coming back for more. 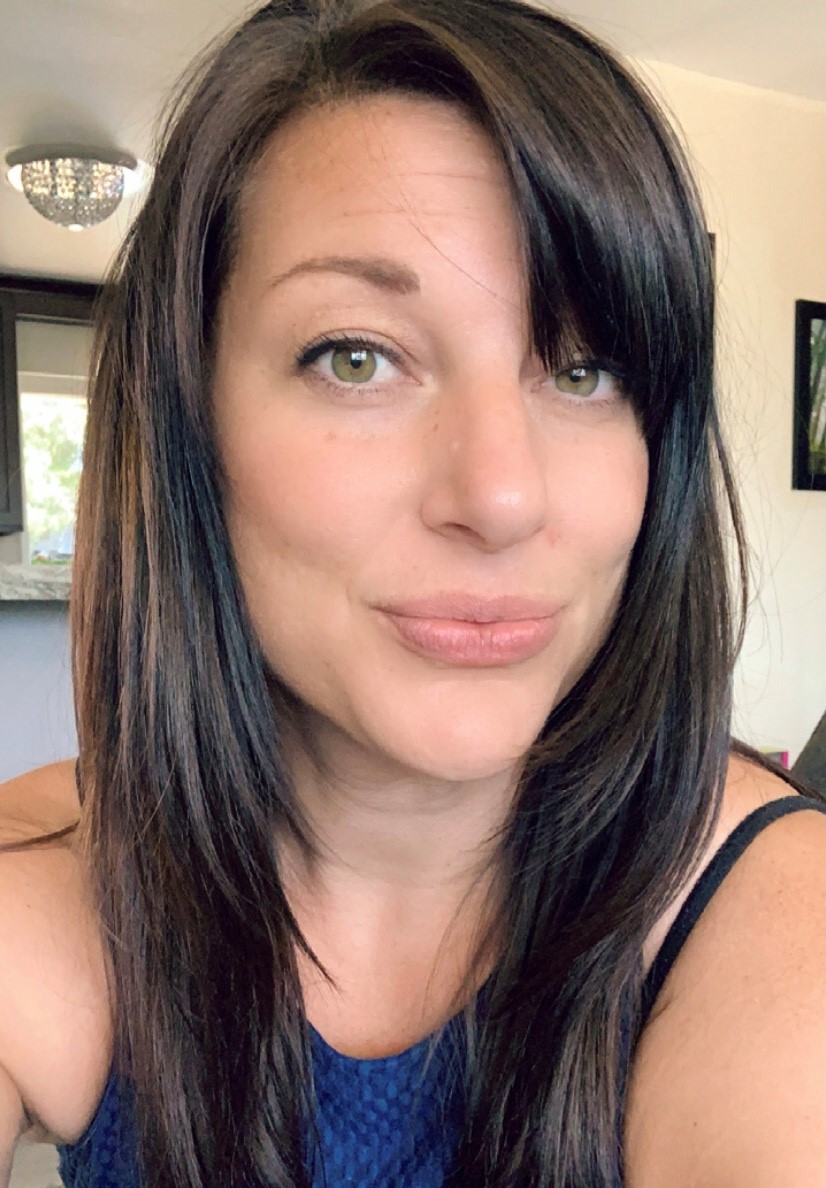 Danielle “Danie” began dancing at age 5. Her high energy and love of dance Had her excelling in the genres of  ballet, tap and jazz. She was awarded a full scholarship to Pacific Northwest Ballet and at at 10 danced in the Nutcracker in Seattle Washington. She competed statewide with her Studio ,Elizabeth Dance Dimension, in Bellevue in all genres.

Danny started playing sports at age 15 and gave up dance. She pursued a career earning her BS in Environmental Biology and an MS in Biology-stream Ecology while attending EWU. Danny enjoys outdoor sports and activities, coaching youth soccer, and basketball.  While keeping busy as a mom of 2 girls and wife, she enjoys being  Co Leader for her daughter’s  Girls Scout group and substitutes for the Cheney School District 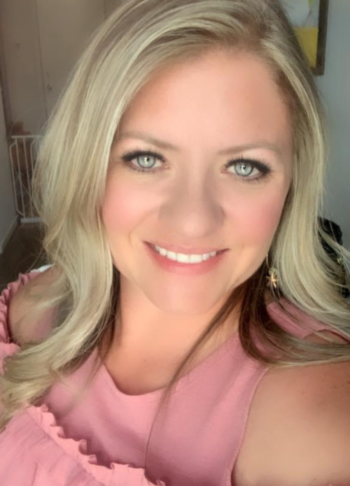 Amanda started out teaching the 3 and 4 year old ballet classes and has gone on to perfect the boys tap and Hip Hop genres and is also starting a class in Pom Dance at the Competition Level.

Amanda grew up in California and was a very active and competitive athlete. She also competed with the Cheer Squad Team during high school. After graduating from  high school,  she was chosen as a Raiderette for the Oakland Raiders and also performed with Gladys Knight at the Orange Bowl in the year 2000. Amanda has also successfully coached Cheer Squads to Competition. Besides being a busy wife and mom of 3 she is very involved in the PTO at her children’s school and is very organized and crafty and adds a lot to our Studio Team 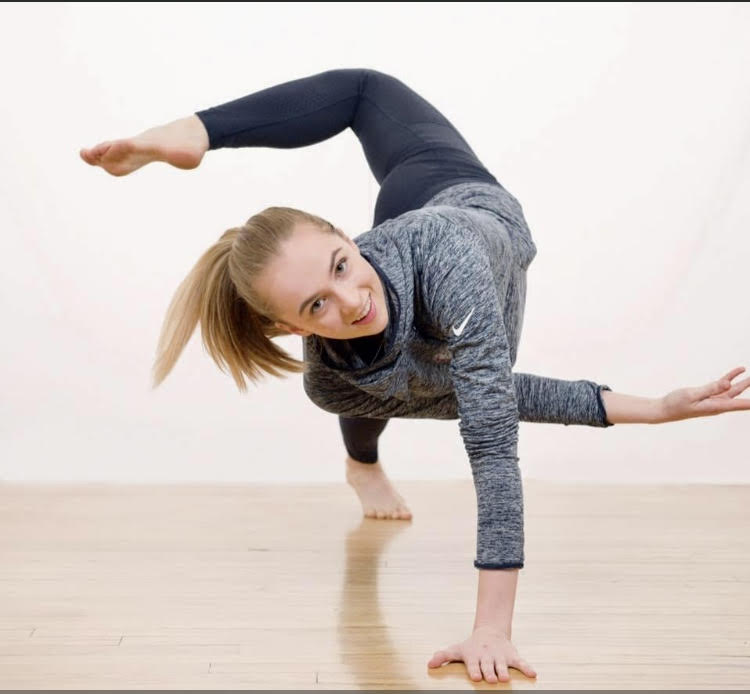 Audrey was born and raised in Bend Oregon. She started dancing at the age of 3 and was involved in Competition and School Dance activities all during school. After graduating from High School, she attended Gonzaga University and graduated May 2020 with a bachelor’s degree in Dance Pedagogy.

Audrey has 20 plus years of dance experience and has taught Dance in the Spokane area for the past 5 years. Audrey is also on the Board of Dance Educators Association of Washington. Her education is in the Jazz, Contemporary/Modern and Ballet Genres.  She enjoys teaching all ages of students and has taught Special Needs dance classes and Adult Parkinson’s Classes. 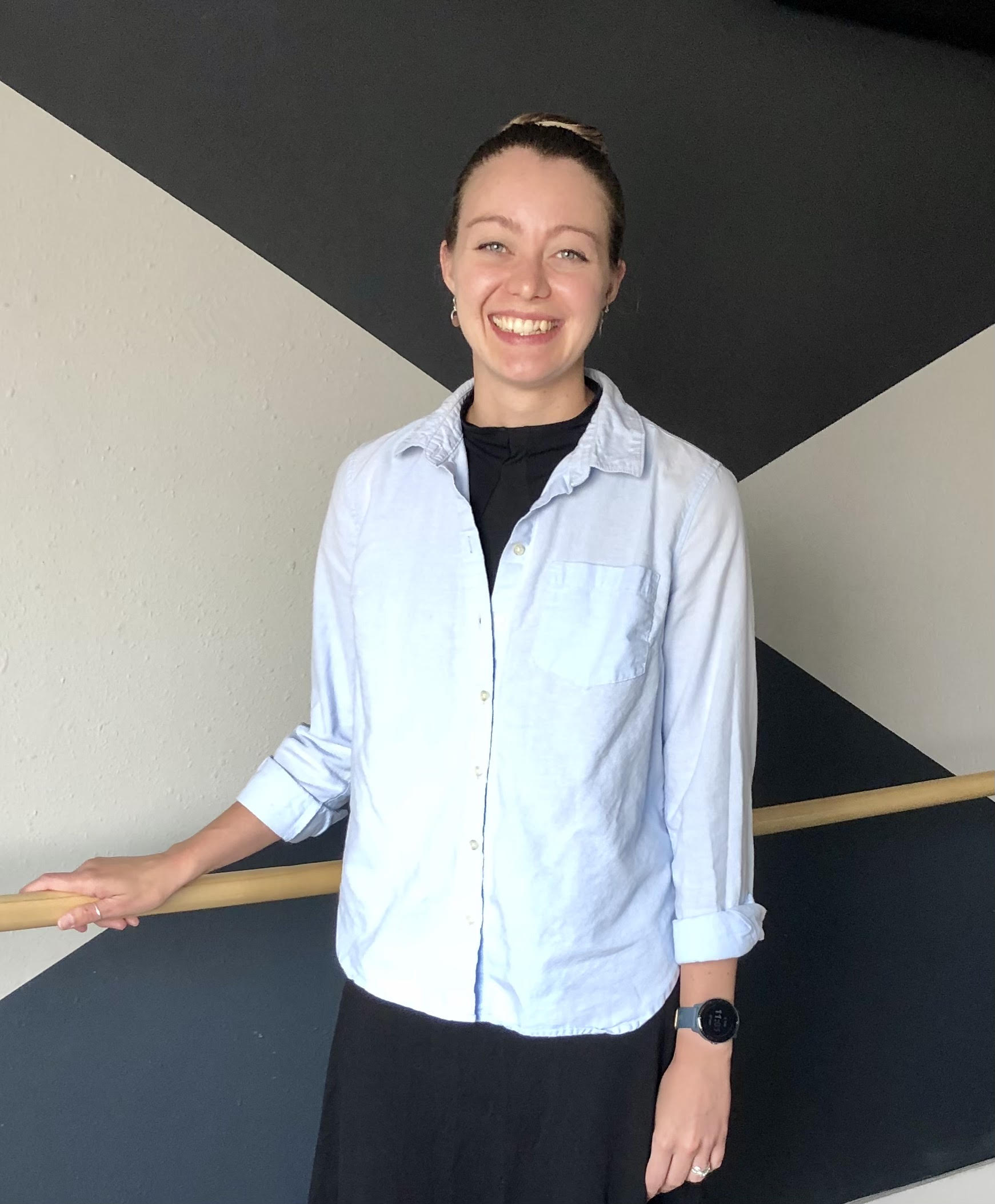 Originally from Williamsport, Pennsylvania, Sarah trained with local ballet companies. She has 20 years of class experience and assistant/substitute teaching. Sarah started dancing on Pointe Ballet at the age of 13 and performed in The Nutcracker and Sugar Plum Fairy. She also has 7 years’ experience in the Modern Dance genre following the Graham and Cunningham techniques. Sarah and her husband make their home at Fairchild Airforce Base where he is stationed. Sarah is looking forward to sharing her love of dance with our students and helping them achieve their goals. Welcome Ms. Sarah 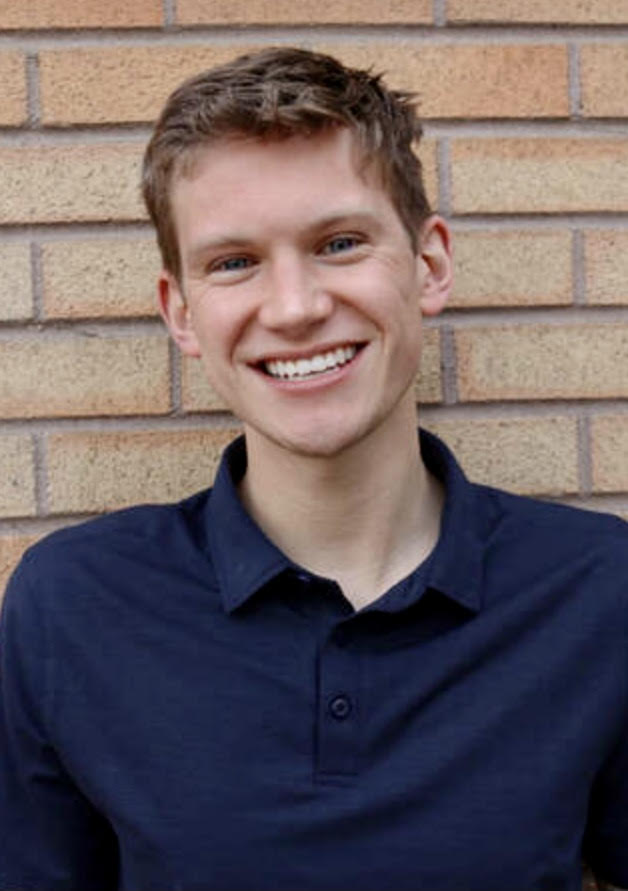 Ryan is a Spokane Native. He is educated in Dance, Voice, and Piano. His passion lies with Theater Dance and attends Gonzaga University where he will be graduating this next June, with a BA in Dance with a Performance Concentration, Minor in Music, and Minor in Interdisciplinary Arts. Dance: (Jazz, Ballet, Modern/Contemporary) and is also a member of the Gonzaga Concert Choir.
This summer Ryan has had the pleasure of traveling to Italy with the Gonzaga in Florence Dance Touring Company. Additionally, he trained at the Joffrey Ballet School in musical theatre and at the Boston Conservatory at Berklee in commercial dance.
In addition to his dance education, he is trained in vocal voice, piano, some gymnastics and has an education in Spanish.
We welcome Ryan to our Studio and are looking forward to the new adventures he is bringing to us. 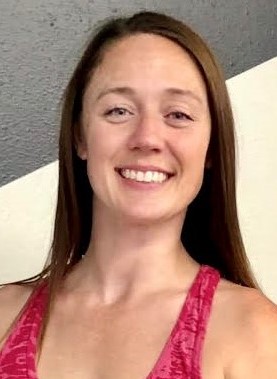 Keli took years of Dance Class growing up and Performed in Dance and Musical Theater Productions all through High School. After graduating from High School, she attended Wichita State University of Fine Arts and studied Jazz and Ballet Dance Performance. She was also given the opportunity to be the assistant to the Director of the Dance Department during her college years. While attending college, she went on tour with the Wichita Contemporary Dance Theater and traveled the world. Keli has 12 plus years’ experience teaching the Jazz, Ballet, Hip Hop, Lyrical, Contemporary and Modern dance Genres. She was also a member of the Folgers Competitive Gymnastic Team where she was a Level 7, Silver All Around Medalist. She was privileged to go to 2 summer Camps and study under Bela Karoli, who is known worldwide for his athletes bringing home medals in the Olympics from the 1960’s -1990’s. Keli and her husband make their home at Fairchild Airforce Base where her husband is stationed.  The Studio is excited to have her with us. 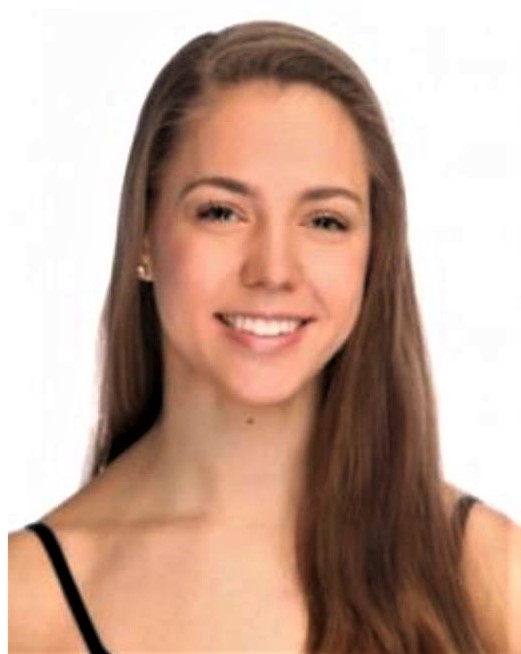 Rachel is a native Texan. She trained at the Allegro West Academy of Dance in Houston, Texas before continuing her training on scholarship at Ballet Austin, and then the Sarasota Cuban Ballet School. In 2013, she competed in the Genee International Ballet Competition in Glasgow, Scotland, as one of four Americans. Throughout her competitive years, Rachel won various awards in competitions including the Youth America Grand Prix, New York City Dance Alliance, and Dance Masters of America. In early 2018, Rachel performed with the Houston Grand Opera in their production of ‘West Side Story’ as “Clarice”.

By late 2018, Rachel decided to retire and continue with her teaching career. She is the head dance choreographer for St. Michael Academy’s drama department. Within the last few years she’s choreographed for musicals such as Mary Poppins Jr, Oliver!, and Willy Wonka Jr. With over 10 years of teaching experience, Rachel is excited to be able to share her passion for the arts with the students here at Darla’s School of Dance.

– Contact Us –
Interested in getting started with Darla’s School of Dance? Please send us a message and we will get back to you shortly.

Contact me to register your child with name, age, and class preference!